When mislabelled security bug reports (SBRs) are publicly disclosed in bug tracking systems, this presents malicious actors with a window of opportunity to exploit these security vulnerabilities.

To help ease the burden of the search, they employ prediction models, usually based on text mining methods.

Based on this observation FARSEC includes a method for automatic identification of these keywords and for scoring bug reports according to how likely they are to be labelled as SBRs. We found that our approach offers an effective and usable solution for reducing the mislabeling of SBRs in text-based prediction models. 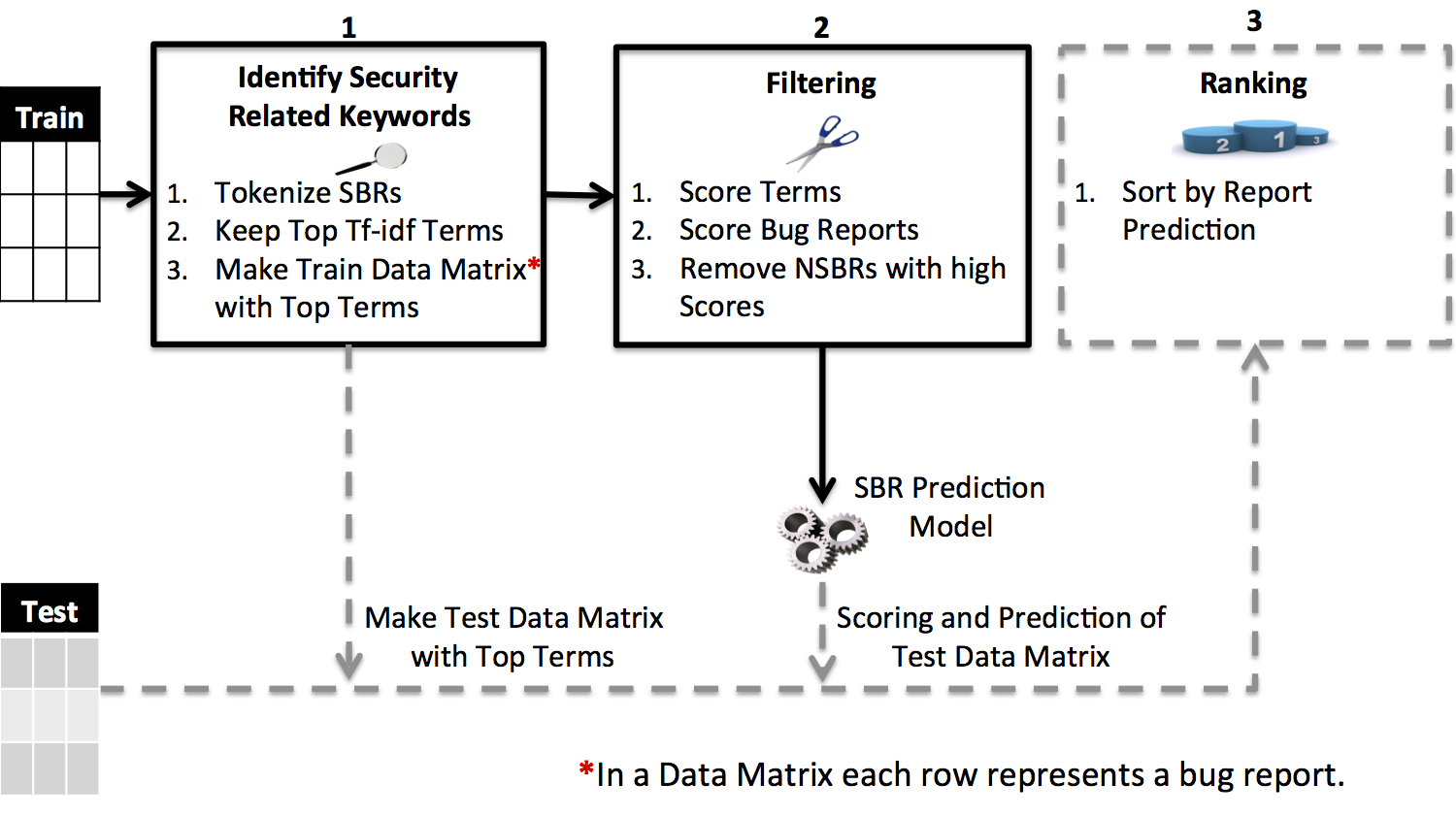 FARSEC filtering is about removing NSBRs with security related keywords from the term-document matrix. We score the keywords and use these scores to calculate an overall score for bug reports, which contain all, some, or none of the security related keywords. This is similar to text filtering approaches used to classify emails into spam and non-spam.

When dealing with imbalanced data, the results of prediction models can yield a large number of false positives i.e. NSBRs predicted as SBRs. Therefore, after identifying predicted SBRs, we generate a useful list of ranked bug reports so that the majority of actual SBRs are closer to the top of the list. 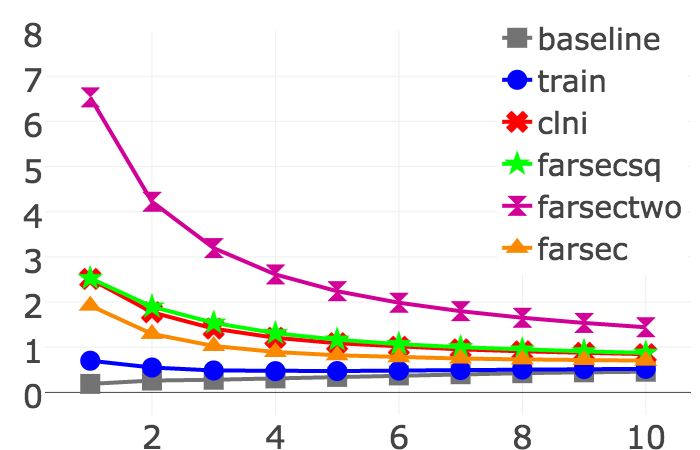 The chart shows the performance of three versions of FARSEC with CLNI (Closest List Noise Identification), baseline (the order the bug reports enter the tracking system), and train (based on predictions from models built with unfiltered bug reports).

In our experiments, we demonstrated that FARSEC improves the performance of text-based prediction models for security bug reports in 90 percent of the cases. Specifically, we evaluated it with a total of 45,940 bug reports from Chromium and four Apache projects. We found that with FARSEC, we reduced the number mislabelled security bug reports by 38 percent.